Extreme high vacuum or ultra high vacuum is the technique used to reach very low pressures: <1E-10 mbar. Some of the ultra high vacuum pump models are also found under high vacuum applications, but the processes may differ in pump model selection. Here you can read more about High Vacuum. For further information about our product groups, see the menu above.

Can’t find what you’re looking for, or need help?
Do not hesitate to contact us and we will help you. 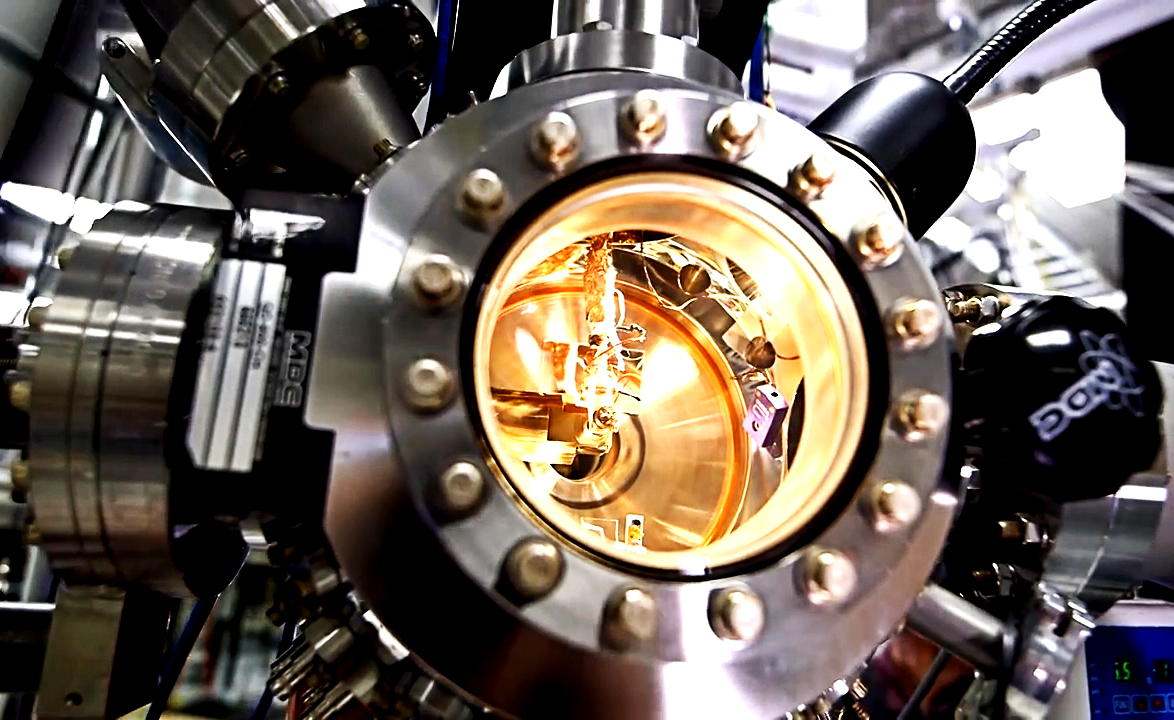 Turbo-molecular pumps can be found, for example, in these contexts:

Turbo-molecular pumps or “turbo pumps” as they are commonly called are high-vacuum pumps that are only used in combination with a pre-vacuum pump. The pumps are generally used in applications that require a clean operating environment under high vacuum or ultra high vacuum. The principle of operation of a turbo pump is that a high speed turbine spins in a pump housing where the majority of rotor stages in the turbine are provided with rotor blades. Between each stage of the rotor blades there are stationary stators which are angled in the opposite direction along with the rotor blades and form a “V” shape between them.

During molecular flow (<10-3 mbar), the average path (the distance a molecule travels before colliding with another molecule) for gas molecules is greater than the distance between the rotor and stator blades (usually a few tenths of a millimeter). This means that the molecules instead collide with tightly seated rotor blades and result in a very efficient pumping speed.

Some models also have an extra compression step that has slightly different names depending on the manufacturers and variants of the same type of solution. Sometimes it is called “drag stage”, sometimes also called “Siegbahn stage”, we usually call it “Holweck stage” after the inventor. This extra compression step adds another dimension to the pump type with regard to the pressure at which the pump can be started. With a Holweck stage, the pump can start already at pressures as high as 10-15 mbar (N2).

Another thing that is important to users is the types of bearings that the fast rotating turbine uses. The older models had regular grease- or oil-lubricated bearings to maintain longevity. Over time, it became increasingly important for users of the pumps to limit the potential risk of contamination of the vacuum system as a result of the fact that hydrocarbons from grease and oil managed to escape from their encapsulation through the pump and search (in the flow direction) into the vacuum system and potentially destroy products or samples that were in there.

To overcome this problem, alternative solutions to the problem were developed. Magnetically stored turbo pumps. The new “MAG” pumps had magnetic bearings that do not naturally have contact with the rotating turbine, in this way potential leakage has been defined. The only time the bearings are subjected to mechanical wear in the classical sense is when the pump is stopped and when the lower part of the turbine “lands” against the bearing surface and there is contact. However, this is a minor wear in the context and the technology of magnetic storage is classified as a major advancement in terms of turbo pump life.

In recent years, the two methods have begun to combine to further extend the service life and reduce downtime; Historically, when the pump has broken, it has always been necessary (regardless of make) to send it to a workshop with the right skills and tools to repair the pump. However, smaller measures could still be taken on the spot, but for major accidents this was the only solution.

The modern solution is called hybrid pumps, where a magnetic bearing is placed in the upper part of the pump, and supplemented with a permanently lubricated bearing in the lower part of the pump. With experience from the users who thought it was difficult and expensive to send the pumps out for repair to workshops, this was addressed and also solved the problem with the most common breakdowns so that these could be rectified on site by the users instead. Nowadays, the new standard in the market is precisely hybrid pumps for their versatility in terms of pumping capacity and long service life.