The dry pump technique is the modern way of generating vacuum. More and more users are discovering advantages of the dry vacuum pump technology.

Perhaps the most obvious advantage of dry vacuum pumps is that there is no oil in contact with the gas being pumped through the pump.

Another advantage that many people find is that you can often make big energy savings compared to other pump types of the same size of older models.

If you do not find what you are looking for in our standard range (below), do not hesitate to contact us as we do not always publish all products on the website. 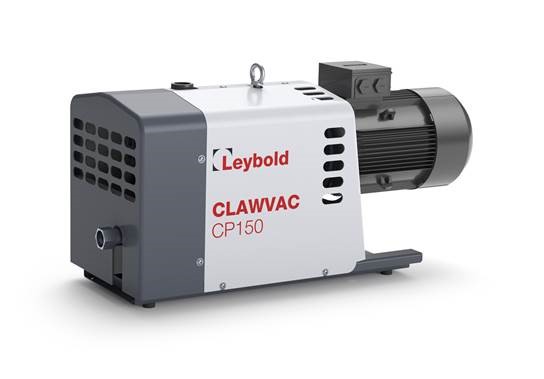 The screw pump is dry compressive vacuum pumps. The principle of operation is based on two synchronized rotors which are helical (larger screw volume at the beginning and smaller at the end of the compression, see image / video) rotate while taking advantage of the decreasing available volume for the gas to exist.

Screw pumps are available in different designs, Screwline ™ is suspended with the axles at one end while Dryvac ™ and Leyvac ™ have been through. It offers different advantages and the pumps are designed for different types of applications in general, but can also replace each other in some cases. The sizes overlap from 80 m3 / h to 5000 m3 / h. They are also available in different versions of cooling technology, both water-cooled and air-cooled. For special cases, there are also closed circulation systems for water / glycol cooling, for example where water cooling is needed but no water is available.

The dry screw pumps can be used in many applications including: 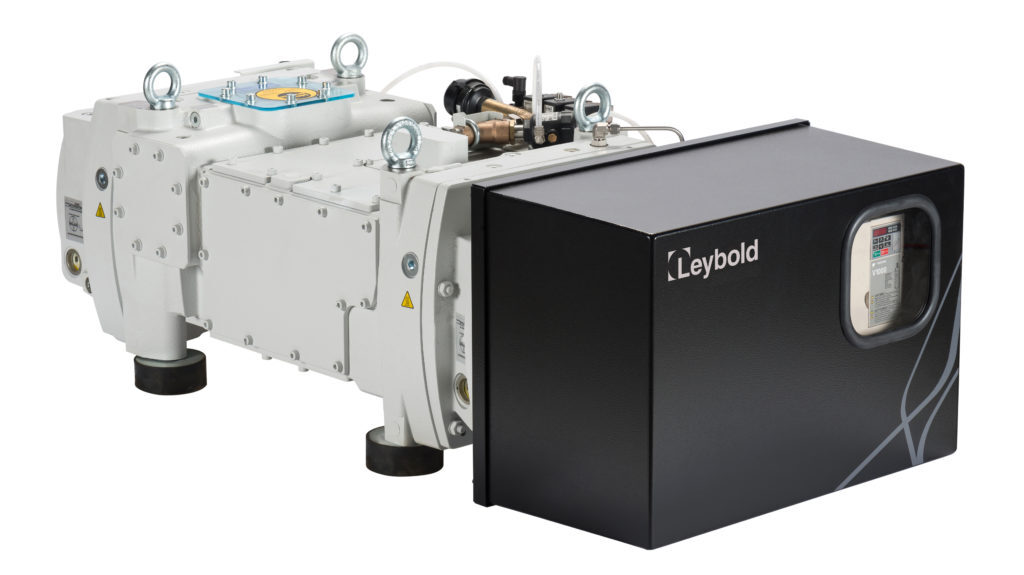 In many of our laboratories and research departments around the world, the membrane pump can be found as an active part in experiments for various purposes. The diaphragm pump is a dry vacuum pump that contributes greatly, although its size may not always impress. Examples of applications where a diaphragm pump is used are for rotary evaporators, drying processes, sample retention, but they can also act as pre-vacuum pumps for turbo-molecular vacuum pumps. Given that applications sometimes involve contact with aggressive media, the pumps have often been equipped with chemically resistant surfaces, seals and gaskets internally. This extends the life of the pump and reduces the risk of unplanned stops.

How does a diaphragm pump work?

The mechanism is similar to a car engine in view of its crankshaft and camshaft design, but the similarities basically end there. The pump is operated like other pumps by means of an electric motor which in turn rotates an axis through the pump chamber. On the shaft is mounted an eccentric arm which has on its upper part a piston with a diaphragm that spans both the piston and the lower part of the pump chamber. When the eccentric mechanism is set in motion, the diaphragm also moves as a direct effect, since the movement affects how the diaphragm moves in the upper part of the pump chamber. The principle is based on continuously changing the available internal volume of gas to expand inside. In the first position, the piston and diaphragm move so that the volume expands from before. Now, a flow is created against the pump chamber as we have increased the available volume in which the gas can exist. through its movement, forces the gas to instead exit through the exhaust flange where an atmospheric pressure prevails. Both on the suction side and the exhaust side there are check valves mounted so that the flow does not go in the opposite direction. The valves are set (just like on a car where a camshaft controls the opening and closing of the valves) and never need to be adjusted, however, they may need to be replaced at service.

The movements are repeated all the time at a (often) determined speed, which results in lower pressure in the system than on the outside system. On some models, the speed can be controlled by the pump and thus indirectly influence the pressure you get. 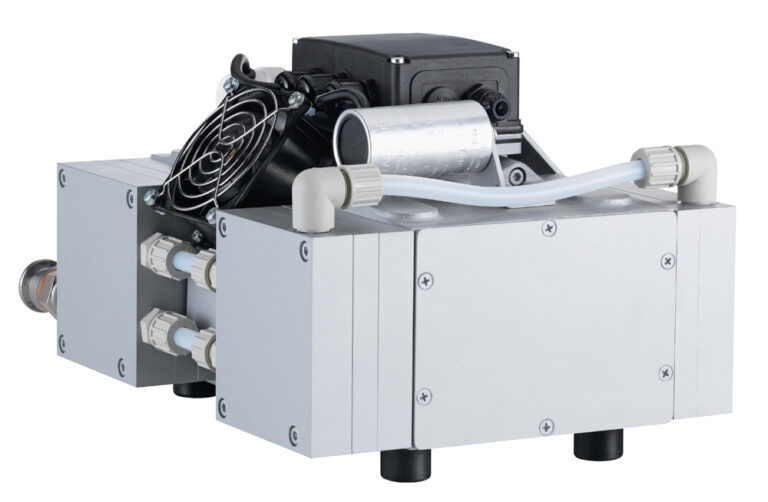